Nothing Ventured Nothing Gained

Darrell came home from an afternoon of mooching, looking very pleased with himself ……….

……… announcing that he was parched and was putting a brew on and did I fancy one too. Well, I never need asking twice as far as tea is concerned, so humming to himself in a very self satisfied fashion the kettle was on in a triss …….

……. with his returning shortly to present me with a rather lovely cup and saucer. He’d found it in one of the smaller charity shops in Evesham and instantly thought of me, as he knows how much I like my tea served in a proper cup and saucer, rather than a mug, in the mornings.

The picture on the front had a lovely homely feel to it and on the back was a motto that he thought pretty much summed up life at The Towers.  What is he like?

I loved it, a considered purchase bought with a great deal of love and thought …….. I’ll admit, it got emotional!

And what did Darrell pay for his wonderful treasure …….. just 50p, what a little bargain hunter too boot!  Happy days!

Posted by Its All Fiddle Fart at Friday, September 25, 2020 No comments:

A Robust Keep Out Issued!

It has to be said that, so far, there’s been very little to see along the river as far as work on the bridge is concerned, it seems that most of said work is occurring on ‘tuther side ……. but, we do have a very smart shipping lane for all the barges, boats and swimmers, (yes, they are still at it), where it seems now to be de rigueur to sound their horns as they pass through (…. but not the swimmers Mr. D).

It also has to be said that the first fence Network Rail erected to close off the path (at the bottom of our bank) was a bit of a disaster and swiftly dismantled, almost within a day, by walkers and/or fishermen who found it an encumbrance to their enjoyment of the river!

However, yesterday there was much activity and soon became obvious that this time Network Rail meant business, a whole triangle of fences, robustly put together, according to Nigel, including the addition of a huge padlock and chain to allow the workers themselves to get in and out if need be …….

…… and then, after Nigel went down to inspect their work and see what he could see beyond (which was absolutely nothing), a large public notice and map highlighting the restricted areas was added, just to make things clear.

So it looks will be no further covert access will be gotten ……..

……. and the path has been very quiet since, helped, no doubt, by Darrell doing his civic duty by putting said developments on the Spotted in Evesham Facebook page to help prevent anyone having a wasted meander.

Now, although we’ve seen little action on our side of the bridge, it doesn’t mean that we haven’t heard anything (well, apart from all the boat honking), trust us, there’s noise, but we just can’t identify it.  It sounds as if they are demolishing the whole of Evesham, like mini earthquakes, although, to date, we have not experienced any effects of a tsunami type nature on the river …… yet!!!!

There is a scrap metal yard up the road with lorries unloading, usually in the mornings, but although we can hear it, certainly not on this level of decibelship ………

…….. therefore we have nominated Nigel to explore what’s going on, if possible, by following the path that goes round the back of the bridge to see, if possible, what the kerfuffle is all about!  We will, indeed, keep you informed ………

Now, you know how very much we appreciate a Malteser, so when Darrell returned home from town clutching a pack of the new Malteser Biscuits it was a no brainer that we try them the second he’d kicked his shoes off (and neatly put them in the cupboard). To Malteser aficionados, like what we are, they promised much!

On opening the pack we found that said biscuits were,  erm …… how shall we put it, knobbly, perhaps, Nigel suggested, to represent three Maltesers stuck together in biscuit form ?

We “snapped ‘em”, to reveal biscuit and on looking at the small print Darrell said they are supposed to contain small “crisp honeycomb pieces” but to be honest, if they did, then they were flipping minute pieces and sadly, no the robust chunks of Malteser we had anticipated.

……. to be honest, the crunching was disappointing, we got chocolate, we got crunchy biscuit, but sadly, despite our very discerning palates, we just couldn’t pick up any Malteser.

I am afraid that a very tangible and palpable air of disappointment fell heavily on The Towers, what a let down.

That being said, the biscuits were lovely, just not Maltesery enough for us.  At £1 for ten biscuits that’s also not a bad a price to pay, so although we snapped and crunched ‘em, we have to be honest, we didn’t love ‘em and for that reason we feel we can only give the new Malteser Biscuits a disheartened 7.01342 out of 10 on our world famous Richter Scale of Noms ……… sigh!

Our No. 1 Fan, Jan The Fan's A Published Author 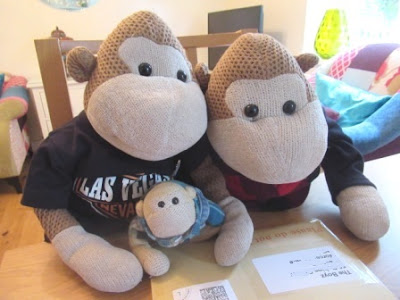 ...... as our beloved No.1 Fan, Jan the Fan had sent us a copy of her very first published collection of greeting card verses ........ yes, we know an actual, real life, published author! We are so proud. 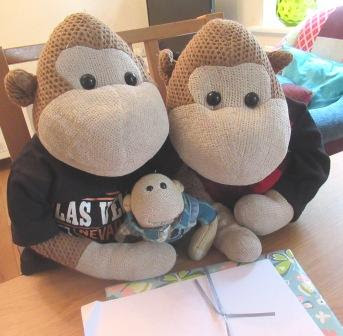 It arrived, presented in a most romantically gift wrapped fashion, with a matching pale blue ribbon to hold a note from the author herself, dare we say, Dame Jan The Fan, in place ...... 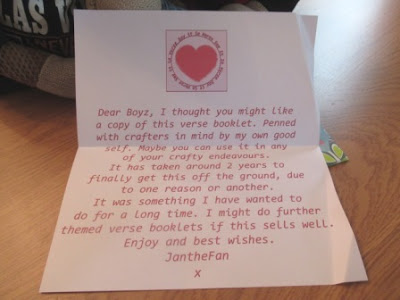 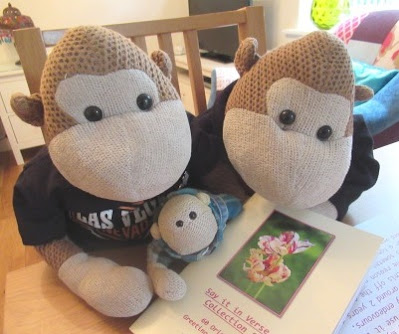 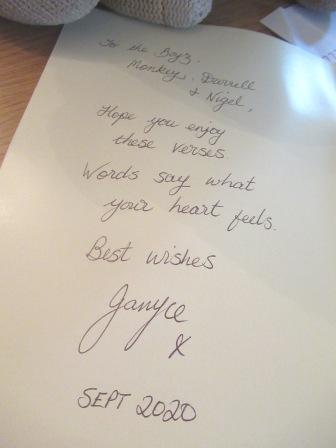 ....... AND it was signed, with a kiss  .......... the emotional thronging through The Towers was incredibly tangible and palpable, what a wonderful, wonderful gift. 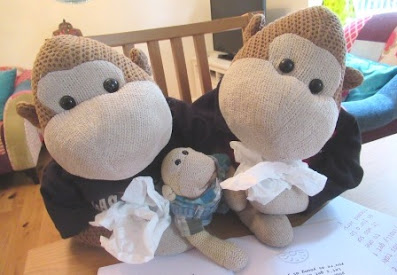 The verses, in this first collection, are largely aimed at a female audience, although a few could easily be relevant for those of a  male persuasion, like Hugh, Darrells best friend and mentor for all things a la mode and de rigueur. 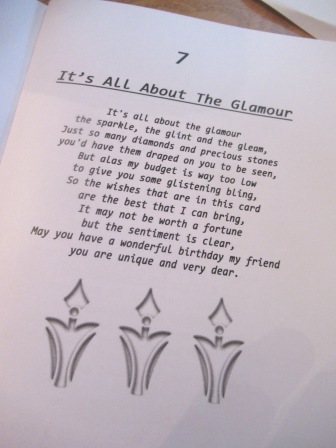 What can we say, except we are soooooooo unbelievably thrilled. 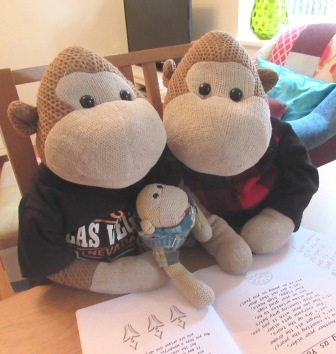 Congratulations Jan The Fan, may your sales double by the day and we look forward to all your other future collections, perhaps, there might even be a limited edition of a primatological birthday type nature in the pipeline?
Copies of Jan's book of Greeting Card Verses are available from :-

Time To Say Goodbye To The Wonderful Sea.

Nigel is back, safely nestled, once more, in our robust family bosom …… Darrell and I have really missed the little fella.

He had a wonderful, healthy glow about him, despite saying that he was totally exhausted after, it seemed, spending  his time in Teignmouth, herding two little iggledy piggeldy cats.

However, the fresh air had done him the world of good after being incarcerated for soooooooooo many lonely (and quiet) months in meltdown without the support and company of being in a bubble.

He said he will never take having the freedom to go away as and when we please for granted ever again …….. this flipping virus had certainly taught him that!

A Spooky find On Teignmouth Beach

Nigel tells us that he had a very spooky moment on the beach of a late, great Derek Acorah (RIP) type nature, just as everyone was starting to pack up to go back to the caravan.

He was taking Iris to wash her the sand off her feet in the sea when he just happened to look down and sitting there, as if he was meant to find it, was a holey stone.

By the tingles he felt, he  knew immediately it was a sign from Andy, Granny Shelia and Grandad Colin and Grandad Jack to let him know that they had all been looking over everyone while they had been away.

He says, the hairs on his arms (and legs) sprang up and began to prickle like there was tomorrow.  It’s been a long time since any of us have had the chance to look for holey stones and this one, he knew, was special.

Needless to say Nigel has the stone in a safe place until he gets home …… and Iris’s feet did get washed, as soon as the little fella had collected himself.  Spooky days!

No trip to the seaside is complete without a little squanderment in the arcade on the front…….

…… and fortuitously, before leaving home, Nigel had had the foresight to raid our small change jar for a pounds worth of 2p’s each for Iris and Bertie to squander with unbridled holiday abandon ……….

…….. which Nigel excitedly informed me also give out tickets …….

It soon became apparent that young Iris and Bertie quickly developed a knack of “scoring” great streams of said tickets, which, when all the 2p’s were gone, could then be excitedly exchanged at the Prize Kiosk……..

…… after a great deal of very careful consideration and deliberation on both their parts …..

….. swiftly followed by a robust game of hose the duck on Auntie LuLu …….. happy days!

Nigel says that when in Teignmouth beware of beady eyed seagulls ………

…….. and, he said, you could see them waiting for the opportune moment pounce.

The poor little fella said that he was quite exhausted having had to circle Iris like something out of a John Wayne film ……..

……… shooing them away as poor Iris tried to eat her lunch……

Posted by Its All Fiddle Fart at Wednesday, September 16, 2020 2 comments: 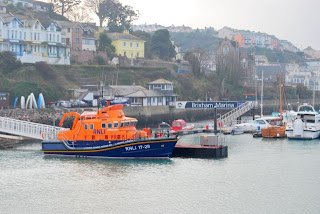 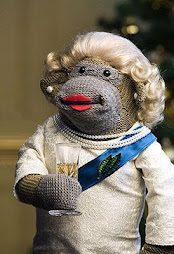 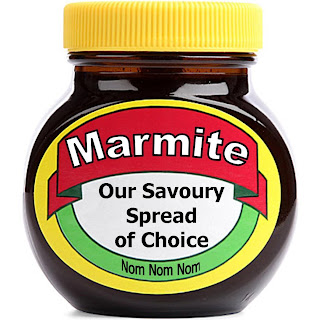 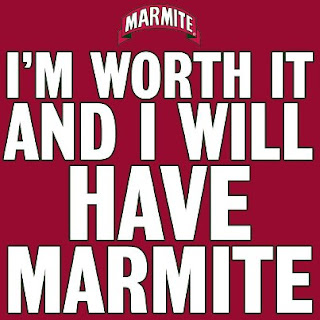 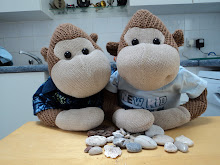 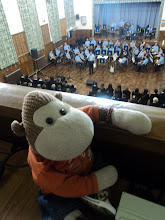